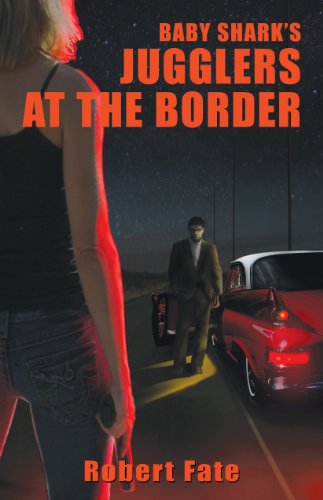 Story opens in October 1958 –– Kristin Van Dijk, a private investigator, is twenty-three and a proven asset to Otis Millett, her veteran partner at the Millett Agency in Fort Worth, Texas. She lives above a pool hall, hustles nine ball in her spare time, and has an on-again off-again boyfriend named Lee, a homicide detective for the Dallas PD. When Otis estranged wife, Dixie Logan aka The Dallas Firecracker, as she was known on the Texas striptease circuit, is found murdered it begins an investigation that pairs Kristin and Otis with Lt. Carl Lynch, a straight-arrow homicide detective with the Fort Worth PD. This blending of by the book and fly-by-the-seat-of-your-pants investigative styles leads to results in spite of itself, bringing Kristin up close and way too personal with a ruthless cop-killing gang of bank robbers and their boss, a dreamy maniac who hears voices. Is it simply greed that leads to a string of murders, including Dixie s? That is the suspicion when it is discovered the money that was taken in the bank heist has disappeared. Who has it? Where did it go? And if not greed, what is the motive for the double-cross that gets Dixie murdered and sends Kristin and Otis across West Texas in pursuit of her killer? Once again bad men learn too late they should take Baby Shark seriously. She’s not a girl to be pushed around.

Otis has a wife!?

Another successful story told. Another escape read of tracking the bad guy and getting payback, mostly the legal way.

An unexpected surprise that pulls and adds depth to what some might call top-layered characters.

I don’t know many people who read classic style gumshoe stories. Not one word of politically correct thought and still the Baby Shark books are on the money for fairness, respect, and acceptance. People are exactly who they are as they present themselves to Kristin and Otis.

It’s what attracted me to the Mike Hammer books, even Louis L’Amour westerns, the blunt, by-your-word/handshake, no game playing characters. It’s not about men being men and women being women, far from those stereotypes, even for basic period fiction.

There’s a simple straightforward story in which the good guys win and the bad guys get punched in the face and put away. The heroes and heroines stand up for the innocent. There aren’t many books like these that I’ve seen lately.

And for the female characters, like Baby Shark, they are not gussied-up, written as one dimensional unbelievable dolls batting their eyes at every other guy (well, only if need be). Kristin throws punches and shots just as easily as anyone else…okay, maybe it would be better if she didn’t shoot as often as the others, but, hey, that’s the story time.

Plus, it is refreshing to see some female characters written as using their feminine wiles. Getting the better of the men by batting their eyes and pleading helplessness, it’s kinda fun reading a male character getting bested by his own idiotic ideas of what a woman is/should be.

So, this review may not tell you much about Baby Shark’s Jugglers at the Border and why I enjoyed it and recommend it. If you have enjoyed any of Mr. Fate’s previous Baby Shark’s books, you will enjoy this one as well. It’s a bit more of the same, a bit of advancement of the characters, and a few surprises, besides Otis having a wife.