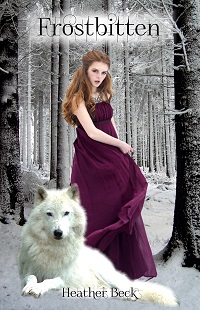 Seventeen-year-old Anastasia Lockhart has never led an easy life, but when she starts getting into serious trouble, she’s sent to live with her grandparents in Cedar Falls. The small, picturesque town hasn’t changed since she visited four years ago, with one exception – the presence of a handsome, mysterious boy named Frost. Despite warnings from her grandparents and friends to stay away from Frost, Anastasia can’t deny their attraction, and the more time they spend together, the deeper in love they fall. Unfortunately, Frost has a secret that is beyond Anastasia’s wildest imagination, and she soon finds herself in the midst of a supernatural legend that has haunted Cedar Falls for years.

Can Anastasia and Frost’s love really overcome anything, or are their fates much darker?

Yes, this is the same author for “What Legends Are Made Of.” I had to double check only because the author’s voice is vastly different between these two stories.

I’m happy to find out there are more stories coming for Anastasia and the rest of her cast. Mostly because the ending here bugged me and that’s all I’m going to say.

It’s both feels and is unfair to write my opinion before I finish the book, but with that said (and now having finished the book) I still can’t help but voice the first impressions.

The story didn’t start for me until page fifty-five of the two hundred pages indicated on my Kobo. I want more and am hoping it’s beginning. Please keep in mind I don’t know if I received a final edited version of this story.

…telling voice, reads younger than I would take for the character age

…reads fast but still a little confusing to follow

…admit I may not be the best mix for this story

I hope you, the reader, and the author know I mean no disrespect, these are the first notes. Neither writing nor reviewing are easy tasks.

I did like the author’s use of today’s online bullying and spreading of rumours. And would have liked to know about the curse earlier in the story.

Overall, the tale was a fast and somewhat entertaining escape. It’s listed as young adult but I would think more tween to early teens or for those who are attracted to a Romeo/Juliette type story. 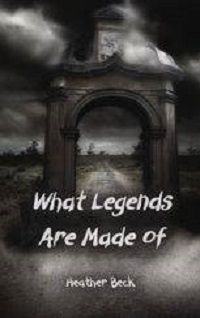 WHAT LEGENDS ARE MADE OF

Yes, Ms. Beck is disquieting. None of her stories are conventional. None follow the tried and true. You will not unravel anything till the last scene is played out.

You will relish the originality of Ms. Beck.