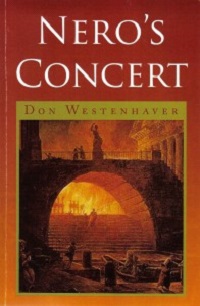 Rome has burned to the ground, and the citizens blame Emperor Nero. Nero orders his best friend Rusticus to find proof that the Christians caused the fire. Instead Rusticus discovers three murdered senators, slain by the same person who killed his wife two years earlier. He also falls in love with Camilia, not knowing she is a Christian, a capital crime. Will he be loyal to Nero or to the woman who lied to him? Can he keep his family safe and still revenge his wife’s murder?