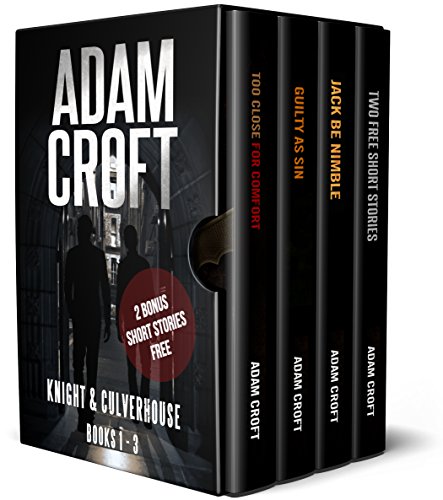 TOO CLOSE FOR COMFORT

What if the serial killer you were investigating was someone you knew?

DS Wendy Knight’s first murder case was always going to test her limits, but even she couldn’t anticipate that a sadistic serial killer might be someone she knows – very well.

As her investigation unfolds, so too does a sinister plot that will turn her world upside down and make it increasingly difficult to distinguish friend from foe in her tightknit world.

By the time Wendy realises she is the killer’s final intended victim, she’s left fighting against her personal instincts – and for her life.

When seventeen-year-old Danielle Levy goes missing one lunchtime, DS Wendy Knight and DCI Jack Culverhouse believe they have a routine case on their hands. They’re wrong.

When someone kills a prominent local businessman in his own warehouse, the case takes a whole new disturbing turn as Knight and Culverhouse begin to unravel the connections between the two cases. They uncover a dark and disturbing secret that will make them question everything they thought they knew.

A serial killer is loose on the streets of Mildenheath, and he’s recreating the crimes of perhaps the most famous murderer of all time: Jack the Ripper.

With Knight & Culverhouse both reeling from the events of their last case the race is on to stop the killer before he completes his final kill and retreats back into the darkness.

Review: Too Close For Comfort

My first note reads: Culverhouse’s an ass. Reminds me of Inspector Lynley by Elizabeth George, sorta, but with more ego.

If you enjoy British police dramas and story then you will enjoy Adam Croft’s writing.

If you are more USA police shows then you may find Adam Croft’s writing slower and more character-driven.

I’m not saying one is better than the other, but they are very different in tone, speed, character, and financial/social status. Each have their place on your reading shelf.

My note on the story: Brutal. There’s a bluntness to the killer’s violence and how he leaves the victims. A rawness to the interaction between Culverhouse and the victims’ families.

I was unsure how Culverhouse and Knight would ever get along. I am interested in seeing how this develops given my immediate reminding of the Lynley series. For me, this is meant as a positive comparison and I hope as I read books 2 – 6, which I currently have, I come to like these characters more as well.

The ending snuck up on me. Shocked me. I had no inkling, possibly because I forgot I was reading a box set so the percentage read was for the entire file not just book 1, but even with that I had to re-read to make sure I had read it correctly the first time.

Does the ending make sense to me? Yes and no. I am glad I was caught off guard, but if you’re looking for those red herrings you won’t find them. No, it’s not the – butler did it, the neighbour who moved away years ago and was only mentioned on page 2 did it – ending, the out of bounds of left field never mentioned killer.

I’m satisfied enough to read further into the series.