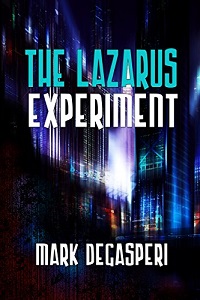 In the year 2084, a scientist-scholar wakes up from a coma to find himself the prime suspect of the murder of his mistress. He struggles in the stark world in which he regains consciousness to reconstruct relationships with his young son, and the wife with whom he was in a faltering marriage – even as he himself cannot remember if he had any part in the gruesome crime; nor even the circumstances of the fire in his lab that nearly killed him. He must race a dogged policewoman, who seems to believe that he is the killer from among a list of suspects, to learn the shocking, whole truth – before his family, and his own life, are destroyed.