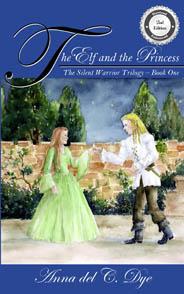 The Elf and The Princess, Book 1

Menarm was a great and prosperous kingdom, known throughout the lands for its friendly, hard-working people and fair trade. But a bitter struggle of succession between twin brothers left the kingdom devastated, the people divided. Some stayed with Fenil, who had conquered the crown, others followed Renil to the wild lands of the north, founding a new kingdom. Now Adren, the last princess of the vanquished realm of Menarm, finds herself alone in a world where women live in the shadows of men. Not only must she battle her enemies, but also a truth that could obliterate her last hope for happiness and bring dishonor to all those whom she hold dear. On her quest, she finds unlikely allies in a powerful prince and a defiant mercenary, only to be devastated by an ancient and wily elf. Will Adren be able to survive this final assault?

I appreciate a pronunciation guide and character directory, even if I don’t always read them through. They are useful if/when I lose track.

I must admit I struggled to turn off my editor’s mind when I started reading this tale. The opening is a bit long…chunky was my first word. Looking back with a different thought I would suggest breaking up your reading of the first chapter. We can get caught up in how a book should read that we forget to sometimes simply let go. However, I do wish there were more breaks within the long scenes.

The author does break the “4th wall” when she steps backs and talks to the reader, which fits into the feeling I was starting to get…a campfire and you’re being told a story.

Once I set my mind to this concept of being told a story, I could follow along and not become caught up in the expectations of being shown the story unfold, discovering it for myself. Sometimes this isn’t the easiest or most comfortable way to read a tale and it tripped me up a bit.

There is quite a bit of backstory, more a move to different actions that left me, sometimes, wondering where I was. Consider it more a change of action/scene than a change of point of view. At times I became lost as to what was happening and why. It caused the story to move too fast.

As I’m writing this review, I am also currently reading book two in the series and the two could not be more different in telling styles. I would offer the reader not to give up on book one.

With this all said, there were splashes of interest and characters you grew curious about. I needed to know the ending and it rounded out logically and emotionally.

The trick to reading this tale is to allow yourself to “hear” a storyteller’s voice reciting the adventure and romance to you. 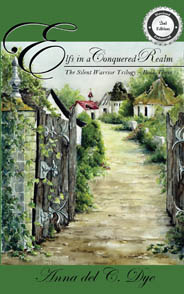