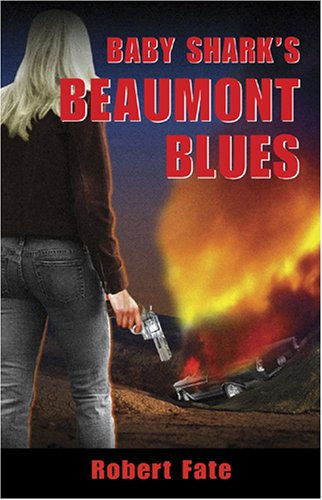 Story opens in September 1956 –– When a Texas oil heiress goes missing and bodies begin to fall it is up to newly-licensed P.I. Kristin Van Dijk and her cantankerous partner, Otis Millett, to confront dangerous Beaumont gangsters, prying Dallas cops, slick crooked lawyers, and a buxom waitress who smells like Evening in Paris. This is an anything-but-straightforward Baby Shark crime adventure that hits the ground running for its life from bullet-riddled page one to a hell-of-a-surprise climax you never saw coming

She’s back and I’m crushing again. Kristin Van Dijk aka Baby Shark has been through hell and she’s back stronger. Yes, that is very cliché. She’s such a strong female character during a time when, let’s face it, woman weren’t allowed much individual freedom.

I’m thrilled there’s more than the three books I have because I do not want this character, her friends, and their stories to end.

I could keep gushing and just post this review now. The story is as straightforward as you can get from the blurb. The writing is tight, crisp, and the humour is always an undertone and blatant.

I do feel there’s a catch to the ending coming so back to reading. Slight catch, but not sharing.

It feels like I’m cheating if I stop the review now, with more than half the total word count being taken up with book information and the blurb. There’s not much else I can tell you as to why you should go read Robert Fate’s Baby Shark series.

And with those words I suddenly think…Mike Hammer. A female, politer, Mike Hammer. Okay, not so much noir or anything, but a plain old fashion classic detective story of the good guys going after the bad guys and winning. I could get mushy and talk about how Kristin has overcome so much, which she has, but that’s her past. It happened and she’s healing on towards healed. She’s smart. She’s tough. She hasn’t given up.

She’s got guts when women weren’t supposed to, but then again, there are other female characters here with guts, too. Mr. Fate has captured them without losing anything female about them. And that reads sexist. What I’m trying to write is that his characters are beyond their author. Mr. Fate has written characters who could walk off the pages and be believed. Heck, I wish they would.

You know I love this series and now I’m going to go start the next book.